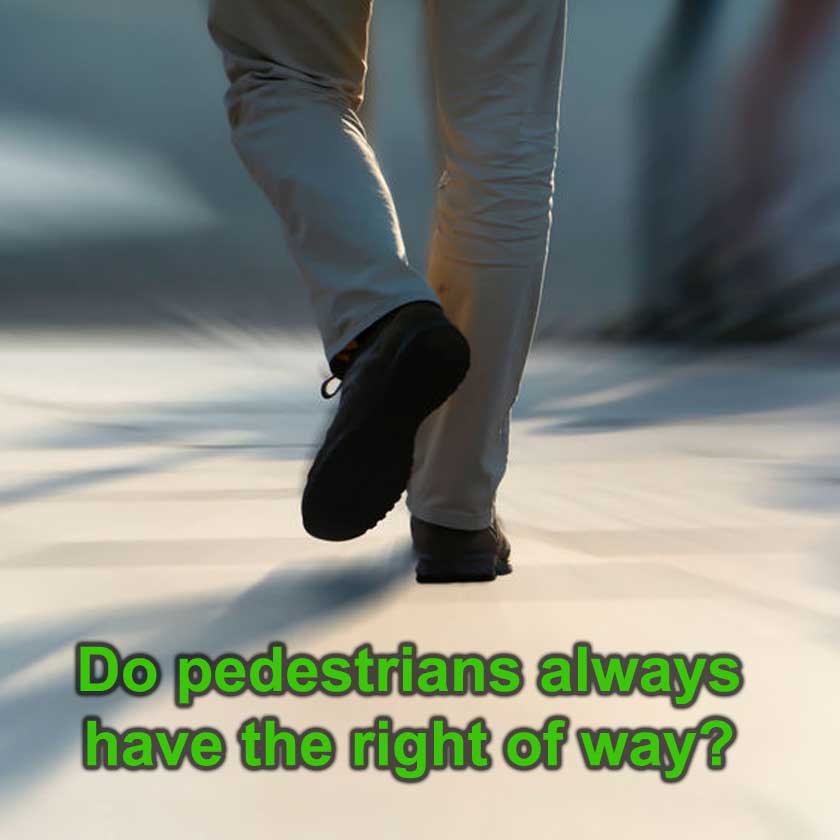 Do pedestrians always have the right of way? The simple answer is no.

Just like any other user of the road, pedestrians have both rights and duties.

Questions on the Permit Practice Test

New drivers studying for their written knowledge test are often told or are under the impression that pedestrians always have the right of way. This is probably because test takers will see such questions on the permit practice tests and in handbooks. All these questions will basically say that the driver of a vehicle must yield to the pedestrian.

But it is a good idea to go a step further and fully understand and respect the rights and responsibilities of both motorists and pedestrians.

While the exact wording of the law differs between states in U.S.A., the following generally applies in all states. 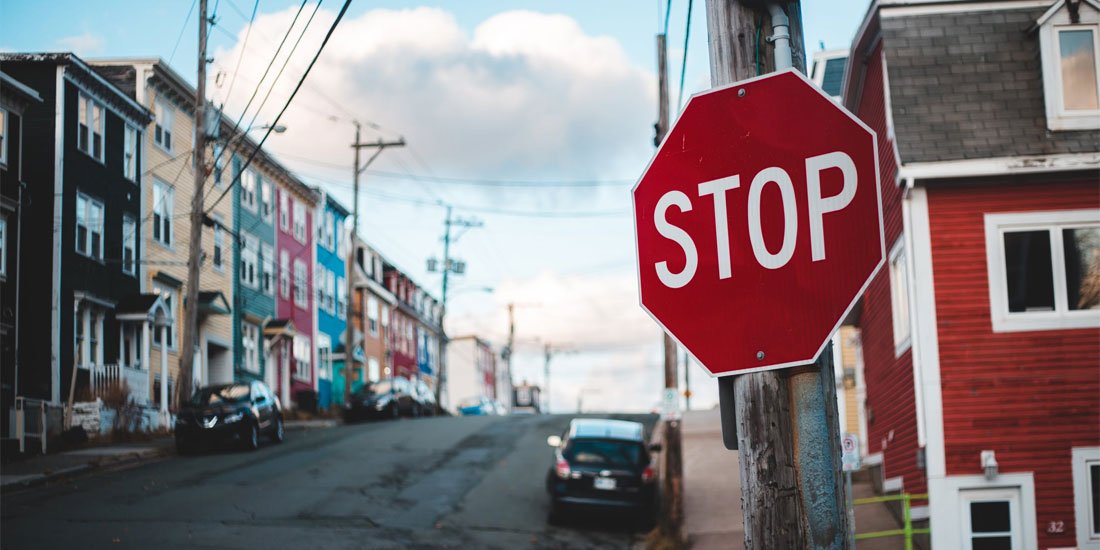 When crossing at a crosswalk or intersection controlled by signs or traffic-control signals, both pedestrians and motorists must obey the instructions of such official traffic-control device.

If there is a stop sign or yield sign, a motorist must always yield to pedestrians, unless otherwise directed by a police officer.

If the driver of a vehicle, after driving past a stop or yield sign, is involved in a collision with a pedestrian in a marked or unmarked crosswalk it is usually enough evidence of the driver’s failure to yield right of way.

This means that if a pedestrian is facing a green light or walk signal and preparing to cross, the motorist must stop and wait until the pedestrian has crossed.

Where traffic-control signals or signs are not in place at a crosswalk or intersection a motorist must yield the right of way to a pedestrian in the motorists’ path or so close as to be in danger. The motorist must slow down or stop as needed.

In general, a motorist should stop when a pedestrian is on the motorist’s half of the roadway or is approaching closely from the opposite half of the roadway. Some states have specific rules as to when a driver can proceed in this situation.

When a pedestrian is crossing a roadway at any point other than within a marked crosswalk or within an unmarked crosswalk at an intersection, he or she must yield the right of way to all vehicles.

In other words, a pedestrian does not have the right of way at all times.

When there are adjacent intersections at which traffic-control signals are in operation a pedestrian shall not cross between those intersections and only cross in a marked crosswalk.

Normally, state laws also prohibit a pedestrian from suddenly leaving a curb or other place of safety and walk or run into the path of a vehicle which is so close as to constitute an immediate hazard.

Drivers Must Exercise Due Care

The rule that usually confuses new drives and raises many questions is the “due-care rule”.

As a driver of a vehicle, you must always exercise due care to avoid colliding with any pedestrian. If pedestrians ignore their duties, use caution.

In many situations, it pays to be patient and courteous. Regardless of who must yield, you should never insist on the right-of-way.

This does not mean that you should stop and let a pedestrian cross whenever you see a pedestrian preparing to cross at other places than intersections and crosswalks. Other drivers will not expect you to stop.

Just be alert and get ready to act, if becomes necessary. By law, the pedestrian must still yield to you.

You see a pedestrian on the sidewalk between intersections where there are no crosswalk or signals. You think that the pedestrian is planning to cross the street. What should you do?

Correct answer is B.

If there is an immediate danger, you may tap your horn, but do not blast your horn unnecessarily. (Read: When You Shouldn’t Use Your Horn)

There are 50 tests for your state’s knowledge test at driversprep.com. They are designed specifically for your state and based on 1,000+ questions and answers, and the latest driver handbook.

Take me to the practice tests