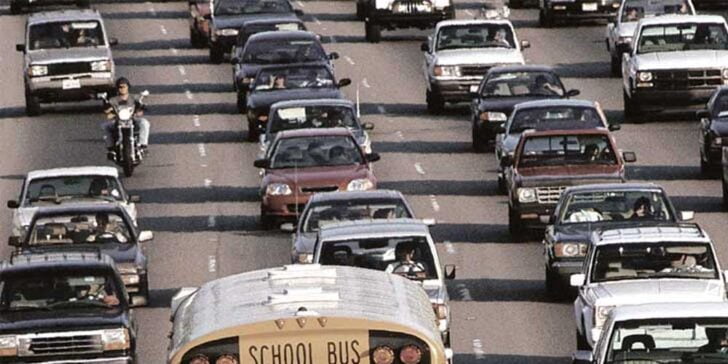 Following too Closely is the Primary Cause of Rear End Crashes

How dangerous is it to follow another vehicle too closely?

Well, it is the fifth leading cause of auto collisions according to the US Department of Public Safety.

For your DMV test you should remember that following other vehicles too closely, or tailgating, is the primary cause of rear end crashes.

You reduce the risk of a rear end crash by always keeping a safe following distance between you and the vehicle in front of you.

What Does a Safe Following Distance Mean?

Keeping a safe following distance means that you must give yourself enough time and distance to stop safely should the vehicle ahead you stop short or suddenly hit something.

In the past, it was often suggested that you keep one car length of safety distance for every 10 mph of speed. This meant keeping a distance of at least six car lengths when your speed was 60 mph.

Later, drivers were introduced to the “two-second rule”. The rule means that your car should pass a fixed object two seconds after the car ahead of you passed the same object.

Nowadays, experts suggest that you should use the 3-second-or-more rule instead. Or perhaps even a four-second rule.

Some driver manuals still recommends a tw0-second rule, but most have changed it to a three-second or four-second rule.

How to Use the Rules

These new rules are very easy to use. Pick a stationary object beside the roadway. When the vehicle in front of you passes the object, start counting “one thousand one, one thousand two…”

If you get to “one thousand three” before you pass the object, then you are at least three seconds behind the other vehicle.

The rules basically work at all speeds. As speeds increase, the distance between vehicles also increases. 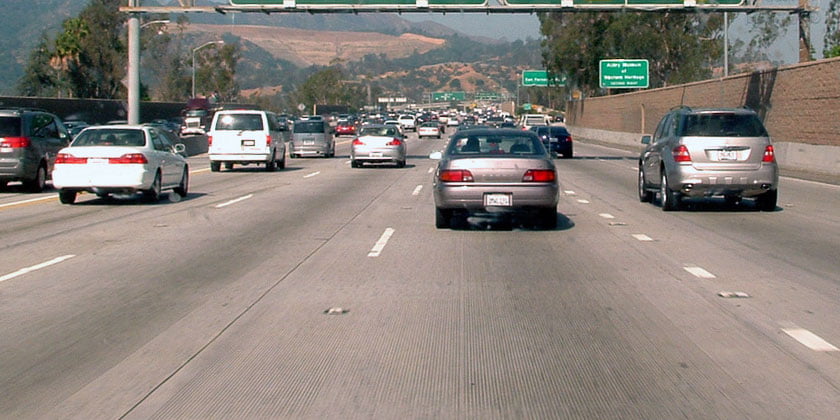 So, What is a Safe Distance?

There is no exact answer to this question. Even if a 3-second following distance may be safe in good conditions and when following another passenger car, it does not mean that you can use the same distance in all situations.

Anytime your stopping distance is affected by bad road conditions, weather conditions or simply the weight of your car, you must increase the distance.

This is also true when you follow motorcycles that might have a shorter stopping distance or when your view ahead is obstructed by large vehicles.

You should also be careful when entering work zones, where rear-end crashes are more common.

What You Will See on the DMV Test

Questions about following distances are common on a knowledge test, and they usually focus on the fact that you must increase the distance under certain conditions.

Make sure you understand the difference between the words increase and decrease!

When to increase your following distance:

Remember, in real life, it is your job to be prepared when the driver in front of you suddenly stops. It doesn’t matter if the road is slippery or if you were on the phone; you must be able to stop.

Your stopping distance is affected by how well you can see ahead, the time it takes for you to react, and the condition of brakes, tires, and pavement.

Be alert and always know what is happening around your vehicle.

Good job! You’ve got this.

Oops! How did that happen? Did you tap on an answer by mistake?

#1. Which is the main cause of rear end crashes?

Most rear end collisions are caused by the vehicle in back following too closely. If someone is tailgating you, move to another lane or turn off the road as soon as possible and allow the tailgating vehicle to pass.

#2. Which is always a safe folowing distance?

#3. A rule of thumb is to leave a three-second or four-second gap between your vehicle and the one in front when conditions are:

This rule of thumb is for ideal conditions. With bad road conditions or poor visibility, you should allow more than four seconds.

Get Your Permit Practice Test