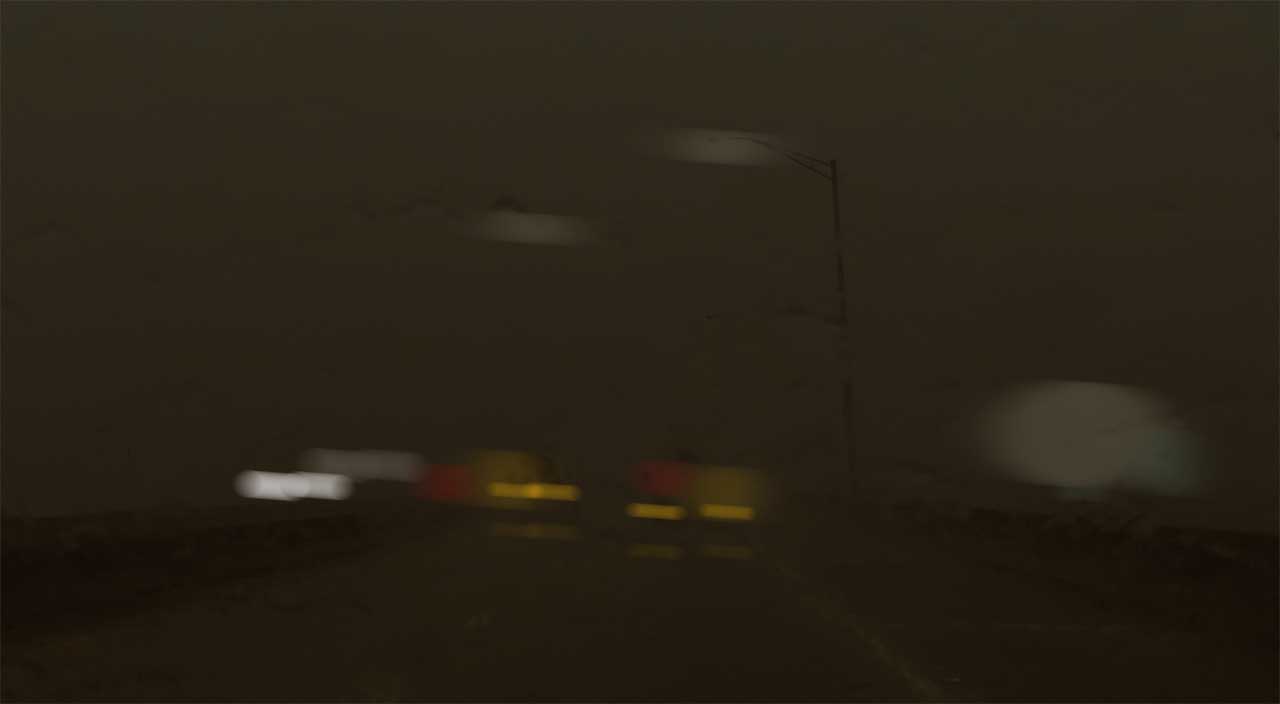 Emergency Flashers Should Be Used to Warn Others

You will get different answers, depending on who you ask. It is, in fact, not an easy question to answer since the law is different in different states. Common practice also differs between states. Which does not mean that common practice always is permitted by law.

When Your Vehicle Breaks Down

When Pulled over by Police

If a law enforcement officer signals you stop and pull over, it is sometimes recommended that you turn on emergency flasher and pull off the roadway. Your hazard lights will show the officer that you acknowledge his signals. They will also warn other drivers. The officer will allow you to keep driving with your emergency flashers engaged for a short distance until you reach a safe haven or well-lit area at night.

In most cases, it is enough to engage your turn signal and pull over.

When There is an Unexpected Emergency

If you need to warn other drivers of a real and unexpected emergency, emergency flashers can be used in most states. This applies when there is hazardous obstacle on the roadway, a sudden and serious problem with your vehicle, or any sudden health problem that affects your driving.

Be careful not to use emergency flashers if you must slow down and exit the highway because of an unexpected problem. Turn signals are normally disabled when the flashers are turned on. It can be hard for others to understand your intentions, which could result in a crash.

Emergency flashers should primarily be used when you have stopped because of an emergency and where it may be hard for other drivers to see you. Always use them if you have stopped closed to travel lanes.

This does not mean that you are allowed turn on emergency flashers every time you plan to stop.

It is not uncommon to see drivers obstructing traffic by stopping unnecessarily on a roadway to wait for someone, or load or unload passengers. Turning on emergency flashers does not make such a stop safe or legal. You should keep driving until you can stop in a location where you don’t obstruct traffic. 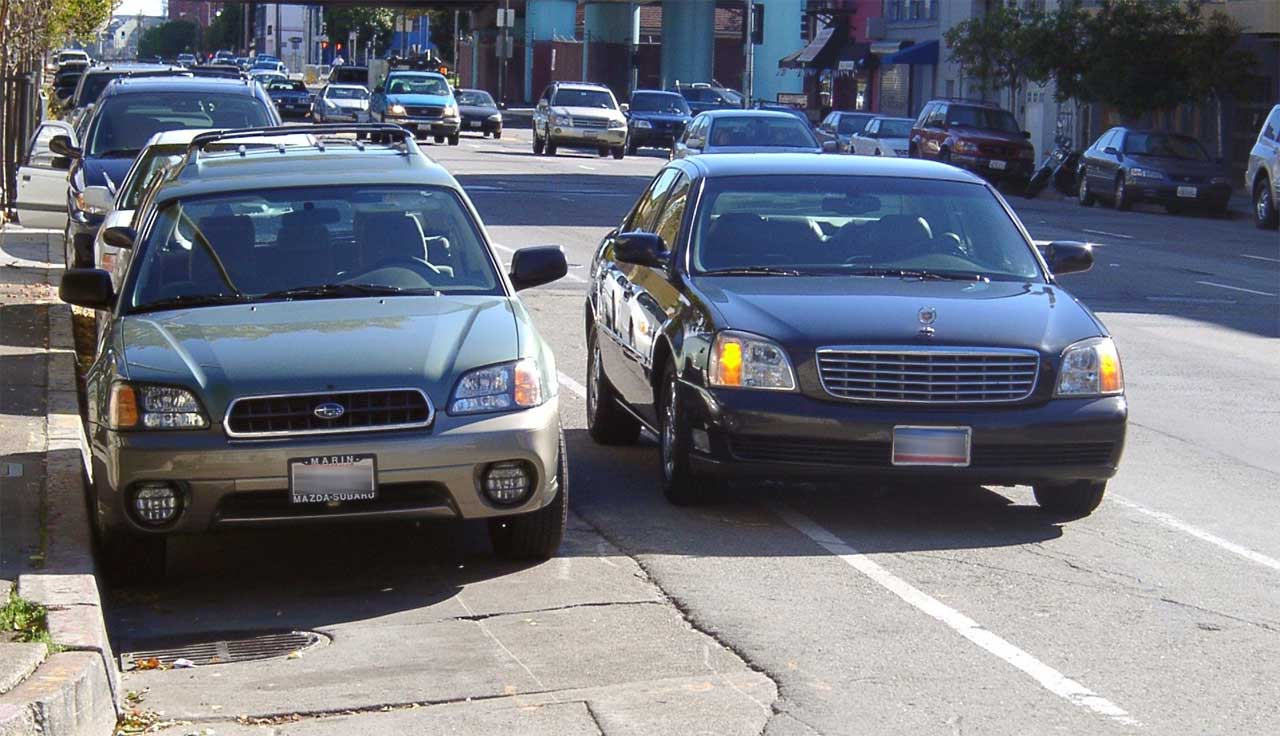 In general, emergency flashers should be used when you have stopped. In other words, you should not drive with hazard lights on, not even in bad weather. If your vision ahead is limited, you must turn on low beam headlights and slow down. If the road ahead is barely visible, you should pull off the roadway and wait until conditions improve. Park as far as possible from the travel lane. When you have stopped off the roadway, turn on your flashers.

Remember, driving with emergency flashers on may be illegal in your state – regardless of your reason for using them. But more importantly, some drivers do not expect to see hazard lights on a moving vehicle. If they think you have stopped by the side of the road and it is hard to see the road edge, the may move into an opposing lane. 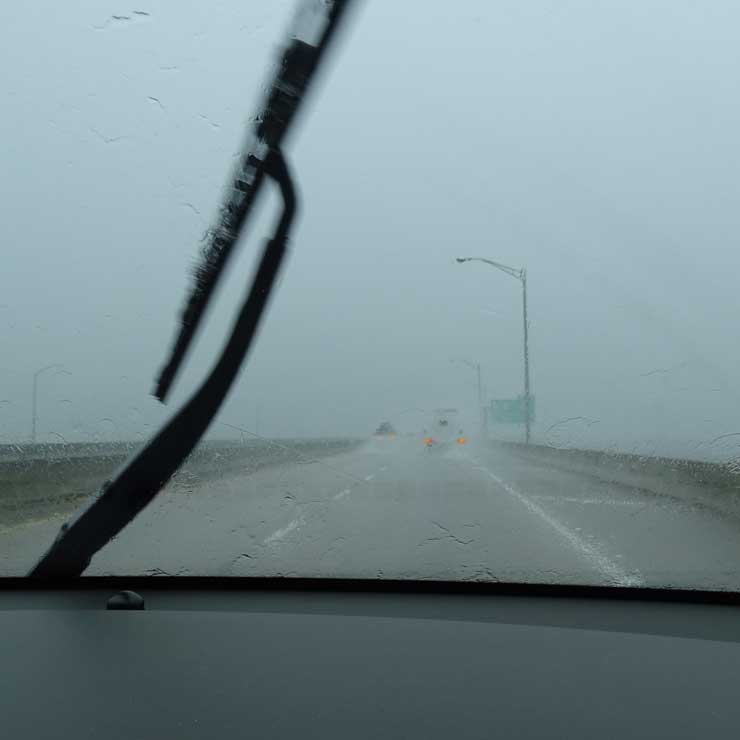 Most state laws allow the driver of a truck, bus, or tractor-trailer to use hazard lights when going of a steep hill or under other conditions when the vehicle cannot keep up with the flow of traffic. The driver of a car may not have the same privilege.

Impeding traffic by driving too slow is generally against the law in all states. If you, for some reason other than an emergency, must drive slower than the flow of traffic, you should find another route with a lower speed limit. Your emergency lamps are never an excuse for dangerous or illegal driving.

Funeral processions are an exception to these rules. Vehicles in a funeral procession may drive with active hazard lights, even where this is otherwise prohibited by law.

Rules in Your State