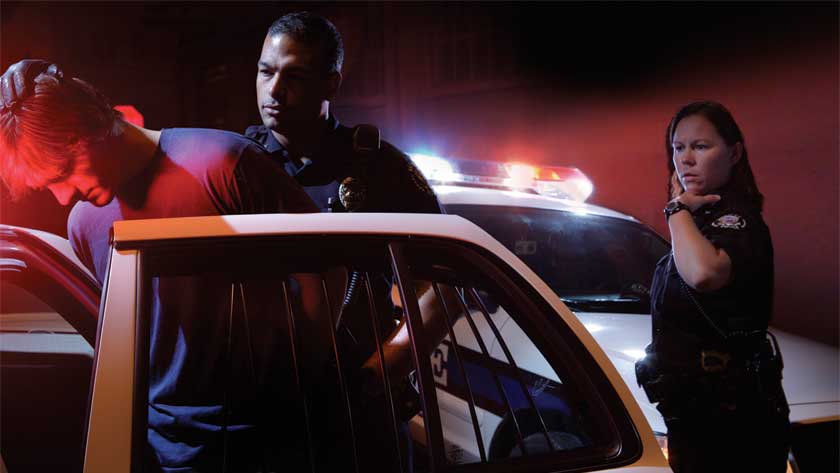 How to Handle an arrest Calmly and with Dignity

Let’s face it; there is no good way to get arrested.

There are, however, several very bad ways to get arrested, and so the following is intended to help you get through the experience with the least amount of hassle and, of course, to help you avoid picking up additional charges along the way.

Drunk Driving Arrest as an Example

There are a myriad of reasons why you may be placed under arrest and, it goes without saying, things get hairier depending on the severity of the reason the police want to place a shiny pair of matching bracelets on you. So for simplicity’s sake, let’s say you find yourself on the other side of the law for some minor reason. Liked being pulled over on suspicion of drunk driving.

In establishing probable cause for an arrest the officer will most likely consider your performance during a standardized field sobriety test.

If you get arrested, things are going to be hectic, frightening and confusing, so here are some simple tips you should memorize for when the time comes.

Nearly everyone knows their Miranda Rights; that paragraph of speech police officers rattle off when their putting someone in the back of their cruiser, as seen so often on the TV show COPS. But let us take a moment to review these rights.

You have the right to remain silent:

This means that, outside of giving your name, you don’t legally have to answer any questions the police have for you. You can sit tight-lipped until your lawyer arrives and, as a general rule of thumb, that is probably your best bet, because…

Anything you say can and WILL be used against you in a court of law:

This means that anything you utter, from stating your innocence to calling into question the fidelity of the arresting officer’s mother can be brought up in court and, of course, used against you.

You have the right to an attorney. If you cannot afford an attorney, one will be provided for you:

This one is pretty simple; you have the right to legal counsel before answering any questions the police may have for you. In most cases, it’s a pretty good idea to wait until you can speak with an attorney before admitting to anything. If you can’t afford to hire a lawyer, you have the right to speak with a Public Defender, who is a lawyer that works the cases of people who can’t afford their own lawyers.

If you are arrested on the suspicion of drunk driving, you will be reminded of your legal implied consent obligation. This obligation means that when the officer asks you for a breath or blood test to measure how much alcohol is in your blood, you must comply, otherwise your risk losing your driver’s license. You don’t have the right to legal counsel prior to this test.

In most states, you can be charged with resisting arrest by simply wriggling around while an officer is trying to place the handcuffs on you. To avoid picking up an addition charge such as this, follow any orders given by the police immediately and smoothly. Comply IMMEDIATELY!

If a police officer tells you to put your hands up, it’s in your best interest to do so immediately. The longer you hesitate, the more tense things become.

Police officers have a difficult job; they put their lives on the line every day, and more often than not they’re walking into situations blindly, not knowing what kind of danger or resistance they’ll find. DON’T make it difficult to arrest you. Resisting only makes things worse.

Every police officer in America carries OC or Mace (that lovely item known commonly as “pepper-spray”) and trust us, it is no fun getting Maced. On top of that, nearly every officer now carries his or her own Tazer, which is absolutely no fun to contend with. It sends an electric pulse through your body that renders you incapable of controlling your muscles, which usually leads to a quick fall. Don’t give them reason to use one of these on you, as you’ll surely regret it. As for regrets…

Save it for the Judge!

Don’t air your side of the story to the officers taking you into custody, or to any bystanders that may be in the vicinity – you have a right to remain silent, remember? Well, now would be the time to utilize that right.

The officers cannot drop the charges set against you on the spot. Telling your side of the story now is a waste of time and can only serve to hurt your case later in court (remember, anything you say can and will be used against you in a court of law). To top it all off, if you give voice to your side of the story loudly enough, you could actually pick up an additional charge of disorderly conduct. So in short, save it for the Judge.

Obviously, getting arrested is a stressful situation, particularly if you’ve never been arrested before. Being arrested for drunk driving doesn’t automatically mean you’re a bad person. Try to maintain an air of dignity for yourself. Once the cuffs are on and you’re seated in the back of a police cruiser, don’t turn into a dirty mouthed thug.

Once you’re at the station, you will be offered a chemical test of breath, blood or urine. Blood or urine samples are sent to a lab for later analysis to determine the BAC or possible presence of drugs. Then, expect to sit idle for some time.

Police station process thousands of forms a day, and your paperwork only adds to that workload. The process of fingerprinting, checking in and assigning a cell can take upwards of two hours or more, depending on how large of a city you’re arrested in. In the meantime, be amiable. Giving the fingerprint clerk a hard time surely won’t help your case, so try to stay friendly. Above all, remain calm.

Being Charged with Drunk Driving

If it is determined your BAC is not at or above the legal limit of 0.08%, you will probably be released without any charges. Just remember, that is possible for you to be charged with drunk driving even if your BAC is below .08. This is done on the basis of the officer’s observations of your driving behavior and performance on the field sobriety tests, etc.

If you gave the officer a hard time from the beginning, he or she is perhaps more inclined to use these observations against you. If you can stay calm, you’ll keep your dignity, and the sooner you can write the whole thing off.