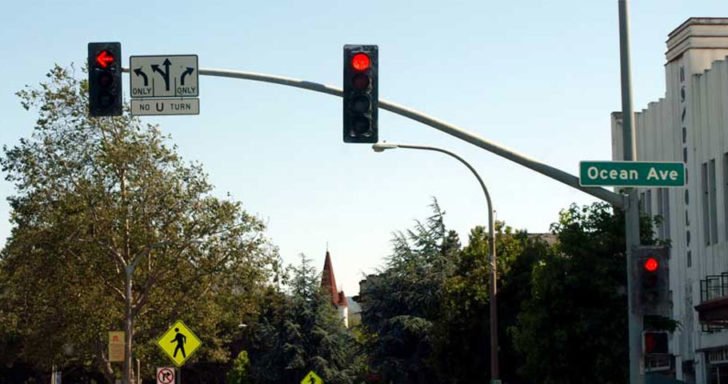 Most drivers assume that red arrows mean that turning in the direction of the arrow is prohibited in all situations. The truth is that some states allow turning against the red arrow, even if most states don’t.

What to Expect on Your DMV test

All 50 states and the District of Columbia allow right turns on a circular red light since 1978. Exceptions exist when a no turn on red sign is posted or where local rules prohibit such a turn (New York City). In the handful of states that allow turning against a red arrow, the arrow is basically treated the same way as the circular red light (red ball).

The following applies in all states: when you face a red light, you must come to a complete stop at the marked stop line or before moving into the crosswalk or intersection. After stopping, you may turn right if the way is clear. Make sure no sign prohibits the turn.

Some States where Turning Against Red Arrows is Allowed

Florida, Hawaii, Illinois, Massachusetts, Oregon, and Washington allow turns against both the red circular light and the red arrow.

(a) Make a right turn into a two-way street.

Other states simply talks about a steady red signal, without making a distinction between arrows and circular lights.

If you live in a state that permits turning against a red arrow take extra care when you travel to other states. The rules in other states are likely to be different. It is more common that you must stop at the traffic light and remain stopped until a signal permitting the movement is shown (green circular light or green arrow).