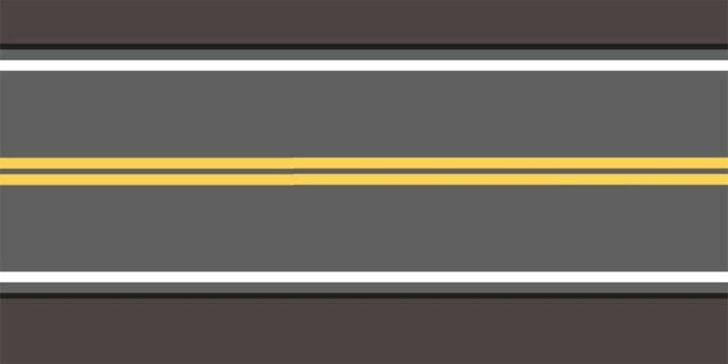 On two-lane, two-way roadways you are likely to find any of these center line markings:

On undivided two-way roadways with four or more lanes the center line always consist of a solid double yellow line.

The lines mark where crossing the center for passing is allowed or not allowed.

A normal broken yellow line tells you that passing is allowed (a passing zone).

Two normal solid yellow lines are used where crossing the center line markings for passing is prohibited for traffic traveling in either direction (no-passing zone). 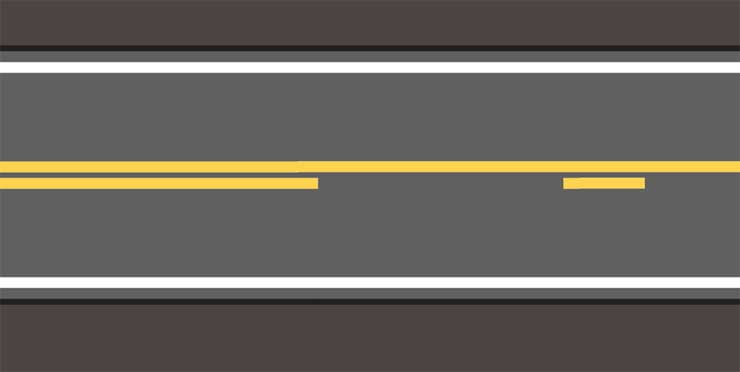 Where Are Solid Yellow Lines Used?

No-passing zones are typically found when you approach intersections, railroad crossings, hills, curves, and other locations with limited sight distances or other special conditions.

They mark areas where it is dangerous to move over to the left side of the road for the purpose of passing another vehicle.

Always respect the markings and don’t try to pass other vehicles in a no-passing zone.

Is it Always Illegal to Cross Double Yellow Lines?

#1. Is it always illegal to cross a double yellow line?

When Can You Cross Double Yellow Lines?

It is a common misunderstanding that you cannot cross a double yellow center line under any circumstances. In fact, you may cross them in some situations.

The keywords here are to pass.

In situations that do not include passing another vehicle, crossing a solid yellow line may be allowed, if it is safe to do so.

Obstruction on your side of the road

Obviously, you may drive to the left of solid yellow center lines when you are instructed by construction workers, traffic officers, or traffic signs to drive on the other side of the road because your side of the road is closed or blocked. Sometimes only traffic in one direction is allowed and the flow of traffic is controlled by flaggers.

Normally, you are also allowed to temporarily cross the lines if there is an obstruction on your side of the road. A slow-moving vehicle is generally not considered an obstruction – but it can be in certain situations.

Many states have made a clear exception for slow moving bicyclists. In Colorado, as an example, the no-passing law does not apply to:

…the driver of a vehicle passing a bicyclist moving the same direction and in the same lane when such movement can be made in safety and without interfering with, impeding, or endangering other traffic lawfully using the highway.

Making a left turn into a driveway

You may also cross solid yellow center lines in a no-passing zone when you turn left at an intersection, or turning left into or from an alley, private road, or driveway.

U-turns (in some states)

Unless prohibited by signs, some states also allow U-turns across a double solid yellow line.

One example is California, where U-turns are specifically allowed (California Vehicle Code 21460).

…The markings as specified in subdivision (a), (b), or (c) do not prohibit a driver from crossing the marking if (1) turning to the left at an intersection or into or out of a driveway or private road, or (2) making a U-turn under the rules governing that turn…

Another is New York, where only one specific exception is mentioned which does not include U-turns (Article 25 – NY Vehicle and Traffic Law, section 1126).

(a) When official markings are in place indicating those portions of any highway where overtaking and passing or driving to the left of such markings would be especially hazardous, no driver of a vehicle proceeding along such highway shall at any time drive on the left side of such markings.

(b) The foregoing limitations shall not apply to the driver of a vehicle turning left while entering or leaving such highway.

Whenever you cross yellow center lines, you should always use great caution and not proceed unless you are sure it is safe to do so.

Test Questions for Your State

50 practice tests give you more than 1,000 questions and answers for your knowledge exam

Take me to the practice tests